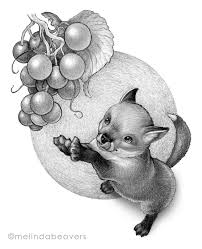 Guys, imagine with me if you will, handing the woman in your life a list of things you want her to do this weekend. It doesn’t really have to be written out, you could just mention a few things every now and then, just to keep her on track. Yeah, me neither.

Why? The honey-do list is familiar territory for men, where’s the equality? where’s the drive for equal treatment? Why aren’t feminists marching?  (I was looking over some memes to post with this…seems a popular one is wives declaring they DIY and it gets done…I wonder why smoking that shit is never on my list?)

I’ll tell you why women are silent, it’s because, for all their talk about equality, they know we are different and have no qualms about using the differences that work to their advantage while discarding those that don’t work for them…it’s a very human trait.

Neither gender’s style of communicating is superior to the other, neither is inherently deficient in understanding, hearing or communicative skills…we are simply different. Learning to accept that without dismantling one’s opposite number is the greatest relationship tool in the box. I believe the relationship that fails to do this…ultimately fails.

Fault finding is the norm in communication between the sexes, not the exception. Say it ain’t so, say it’s archaic, say your mate must change or leave. Do as you please just be aware the end product of these approaches is lying, cheating, “shut the fuck up”, or plain old no longer giving a damn.

I’m not above reproach here. I get bent out of shape every time I see women post crap online about how terrible men are…that’s on me. Numerically, such posts seem to be one-sided…I think it’s because women tend to address their feelings in the open, for all, especially their sisters to hear. It makes them stronger, freer, and more independent and yet more connected with others. Men do not feel the same way about it. That goes double for “toxic males” like me because, not only is it not our style, we have been schooled by our fathers that a gentleman does speak so of a lady.

That’s why you rarely see guys posting on social media about deficiencies in women’s breast size, their fake nails, their fake hair, oversized butts, or their propensity to maintain a constant negative chatter about the men in their lives and men in general.

I’ve heard women complain that men are “shut off” and uncommunicative. I’ll take that criticism with a smile because I would never say to a woman, especially one I cared for, half the things I have heard roll from the lips of women in my direction. Neither can I imagine…and I have quite the imagination…a circumstance in which I would entertain the notion of invading her phone, much less feel justified in doing so.

Men lie, so I’m told. It’s true they do. Does that mean women don’t?

Men don’t appreciate women…I won’t dignify that hypocritical statement with a comment. If that is coming out of your mouth, start looking for the beam under your lashes.

That’s my rant for the day. I wish to apologize to the innocent women I’ve offended here. I don’t apologize often, especially not in advance, but I know how this kind of post works, those who are, caring, gentle, loving souls will feel slighted and hurt, the calloused will ignore it or mark it down to sour grapes. C’est la vive.